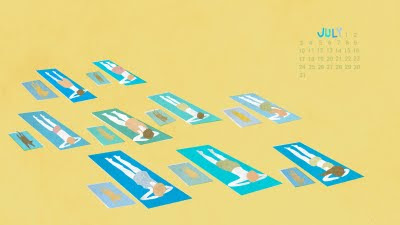 I'm posting July's calendar a day early because tomorrow I'm flying off to Montreal for the weekend! Happy early July, Happy early Canada Day, and Happy early Birthday to my roomie. This weekend will be full of street festivals, good restaurants, outdoor art, and 24-hr poutine. I. Can't. Wait.
No comments:

Email ThisBlogThis!Share to TwitterShare to FacebookShare to Pinterest
Labels: wallpaper

I'm having a bit of cloud brain today. 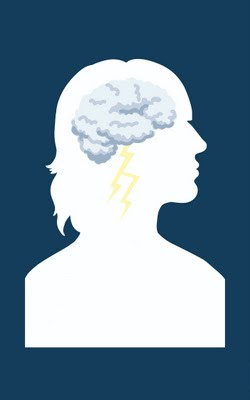 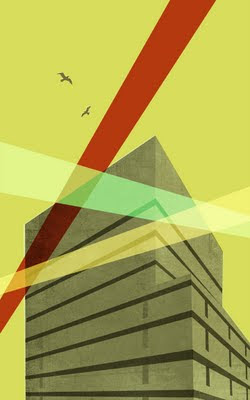 Oh my old alma mater. Just after I graduated, Ryerson went on a pretty aggressive expansion and building campaign and has already added two brand-spanking-new glass & steel buildings to its downtown campus, with a third now under construction. Thankfully (unfortunately?) the brutalist library building near the corner of Yonge & Gould remains unchanged...
No comments: 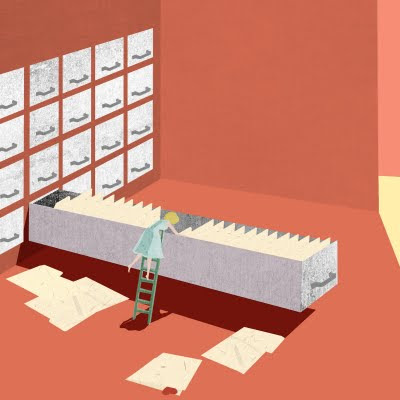 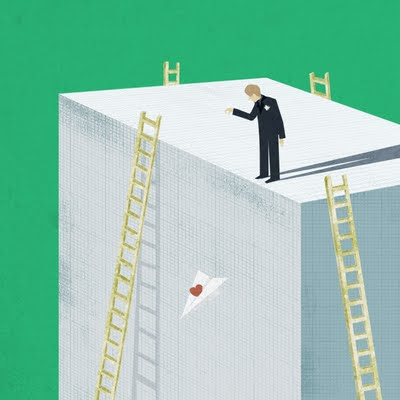 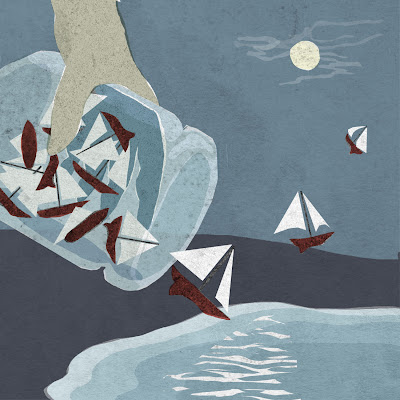 I'm trying something new with this illustration: instead of colouring each scanned paper texture - I usually do it with the "Duotone" function in Photoshop - and then "cutting" out the shapes I need and pasting them into my illustration, this time I actually built the image using grayscaled textures only. Then, in their own separate layers, I added the colour in slightly off-register chunks. It gave me a lot more control over the final colours, and I could change my mind as the picture evolved. In the technique I've been using up until now, if I didn't like the colour I had chosen, I would have to go back to the original coloured paper sample, fix the tint, and cut out that same shape again.
No comments: 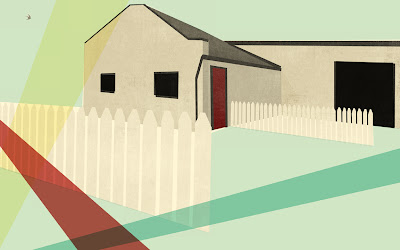 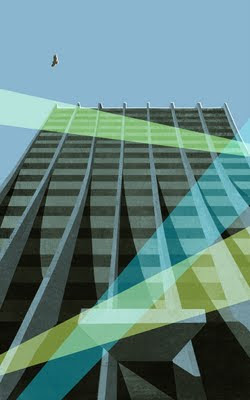 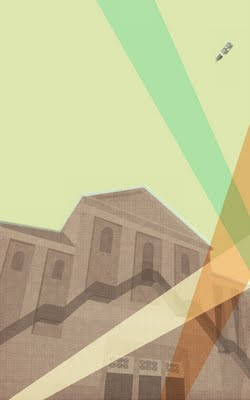 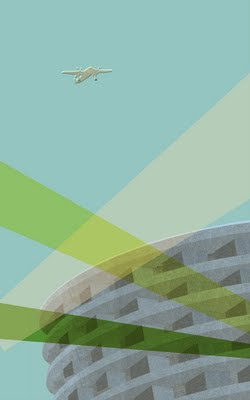 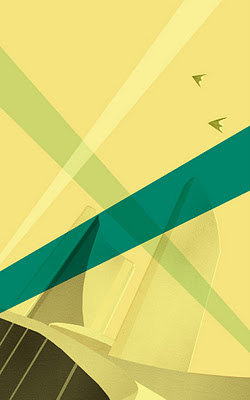 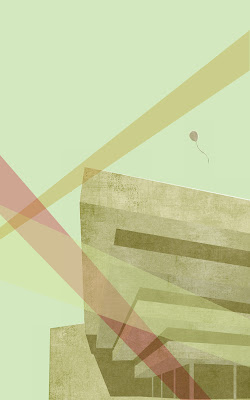 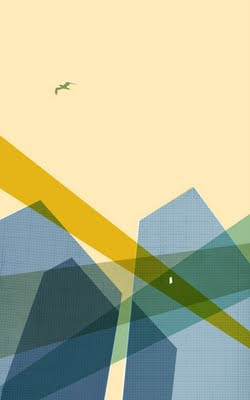 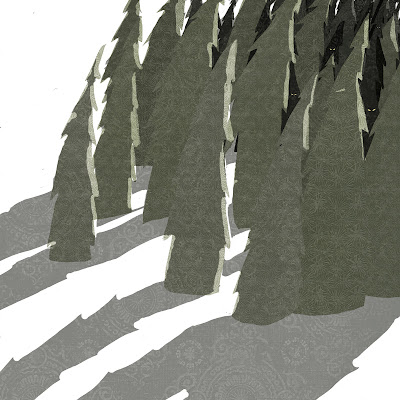 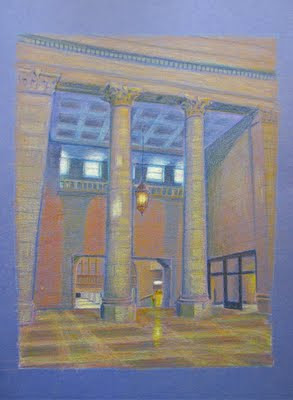 Another project from my Wednesday night class. This one used way more than just four colours...
No comments:

You Can't Hurry Love No You Just Have To Wait 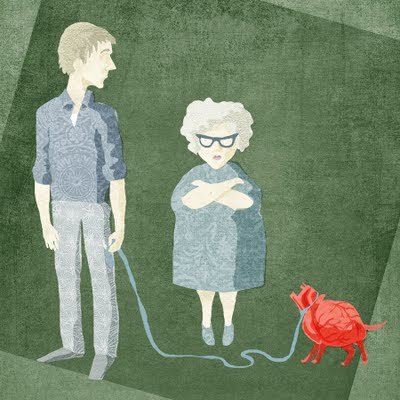 My momma said...
No comments: 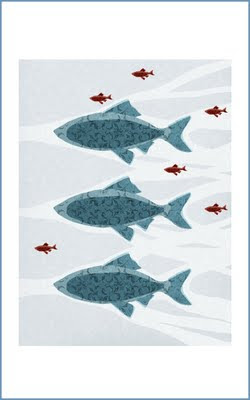 Tracks of My Tears 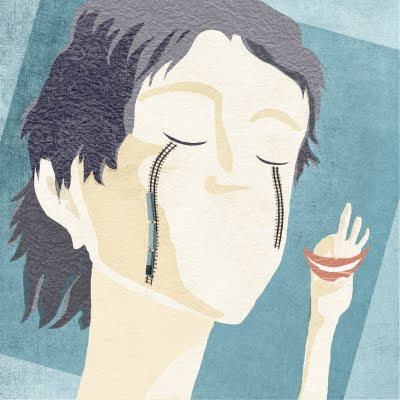 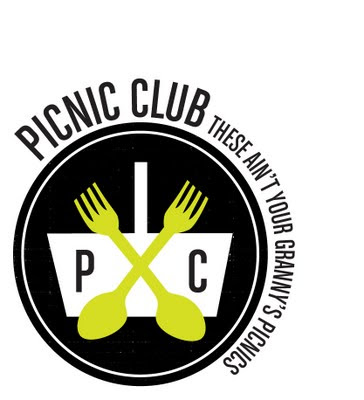 It's possible that I'm obsessed with picnics. It's also possible that I'm not. I haven't decided either way. This post, however, might tip me more into the obsessed category, as this is the logo I just made for the picnic club that my girlfriends and I are getting together for the second summer in a row.
(Of course, what this actually means is that I am probably obsessed with logos).
And, why yes those ARE sporks, thanks for asking!
No comments: 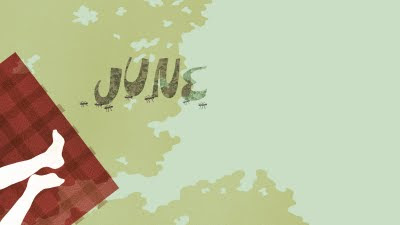 My good friends Jenna and Jenn (yes, really) reminded me last night that I didn't do a June desktop wallpaper! Oh, the embarrassment! Sheepishly, I submit this for your June pleasure. NOW - go picnicking!
No comments: 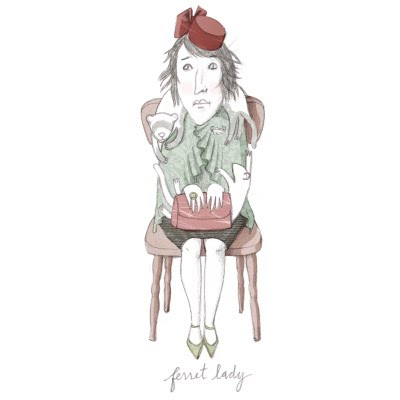 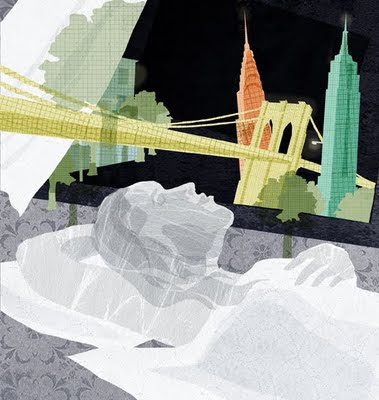 "...I don't want a purpose
in your life
I want to be lost among
your thoughts
the way you listen to new york city
when you fall asleep." - Leonard Cohen
1 comment: 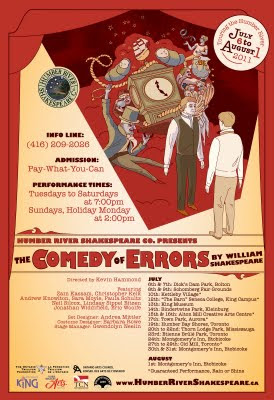 This was another fun poster project I worked on this Spring, for a great Shakespeare touring company called the Humber River Shakespeare Co. They bring a Shakespeare play to the parks and outdoor spaces along the Humber River each summer, and are amassing quite a following! The Artistic Director of the company wanted a poster that evoked the carnival side/freak shows of the early 20th century, and we had a lot of fun looking through old photographs of that era.
The illustration is a collage of a number of images that appear within the play, Comedy of Errors - ships, chains, gold, sorcery, time - all in the backdrop of the reflection, or "mirror" of two long-lost twins meeting again under fantastic circumstances. I sketched the illustration by hand, and then scanned it and traced it into Illustrator, where I added the colour and shading.
If you're near one of the many, many locations that the Humber River Shakespeare Co. will visit this summer, you should check out The Comedy of Errors - it's under the stars, and it should be magical!
No comments: